Posted on March 10, 2015 by funeralwatchdog.com 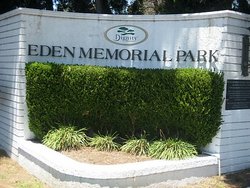 It is the second multimillion-dollar lawsuit against the cemetery, which is owned by Texas-based funeral giant Service Corp. International (SCI), which owns a string of cemeteries and funeral homes in the Vancouver area, and across Canada and the U.S.

Last year, SCI settled with families in a previous case for $80.5 million for similar complaints at the same cemetery.

The latest lawsuit alleges family members who buried loved ones at Eden Memorial were not told when they bought plots that cemetery groundskeepers were instructed to make new graves fit, even if it required breaking outer burial containers in neighbouring graves.

The lawsuit alleges that digging between graves caused remains to be disturbed, which were disposed of in a cemetery “dump” in another part of the cemetery.

The plaintiffs also allege fraud and are seeking damages for emotional distress for destroying graves and discarding human bones in a cemetery “dump” to make room for new burial plots.

“Current and former groundskeepers at the cemetery have admitted that breaking burial vaults will often cause human remains to spill out of the broken vaults,” alleges the lawsuit, according to an L.A. Daily Times story.

“In such situations, the groundskeepers were instructed by their supervisors to throw away the bones and other remains in the Cemetery Dump located on the cemetery premises,” the legal action claims.

SCI has faced a number of class-action lawsuit in the past that have alleged misconduct. The company reached out-of-court settlements before the cases were decided.

In 2003, SCI paid a $14-million settlement to end a $100 million in a civil class-action that alleged grave desecration at Menorah Gardens cemetery in South Florida.

And this is a company that uses “Dignity” as its flagship brand in the funeral industry. (You’ll notice the Dignity brand at the entrance to Eden Memorial Park in the photo above.)

Our family recently filed a lawsuit against a local SCI-owned funeral home, First Memorial Funeral Services, which took the body of our 95-year-old mother, Holly Haliburton, from St. Paul’s Hospital morgue without our signed consent (which is legally required) or even our verbal permission.

To this day, neither First Memorial nor SCI has offered us an apology or a written explanation of how this horrible situation arose, causing our grief to be prolonged.

On the first anniversary of our mother’s passing, we established this website to both honour our mother and to provide consumer rights advice and increase public awareness of the funeral industry.

We also support the Memorial Society of B.C., a non-profit organization formed more than 55 years ago to help its members to plan funerals that are simple, dignified and affordable. It has more than 200,000 members.

For more info on SCI’s past and the funeral industry, watch this  60 Minutes segment from 2013, by Anderson Cooper:The transcript of the segment and related videos are here.

Bloomberg also did a story on SCI two years ago, which is here.

This entry was posted in Complaints about funeral homes and tagged A second lawsuit against SCI over allegations of disturbed graves at Eden Memorial Park cemetery in Los Angeles, Lawsuit filed against First Memorial funeral home and parent company SCI, Service Corp. International. Bookmark the permalink.