Posted on August 16, 2014 by funeralwatchdog.com 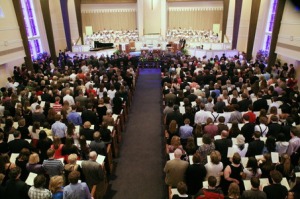 What prompted our family to start this website was  an incident involving our 95-year-old mother, Holly Haliburton, and a North Vancouver funeral home after her death, which caused us great anguish and greatly prolonged our grieving. You can read the full story about what happened here.

The essence of the incident was that our mother’s body was taken without our verbal permission (written permission is required under B.C. regulations) from the morgue at St. Paul’s Hospital.

The North Vancouver funeral home, owned by the Texas-based Service Corp. International (SCI has faced more than one class-action lawsuit in the U.S.), later explained it was an honest mistake made by a junior employee. However, we filed complaints with Consumer Protection BC over the incident, which still upsets us to this day.

We recently learned that a family in eastern Canada suffered the same ordeal by yet another SCI-owned funeral home. The Ontario family, which doesn’t want their names used, contacted us and recalled almost an identical incident to our own: After contacting a funeral home to inquire about prices, the funeral home took their loved one’s body without permission.

Here is their story:

During the month of May of this year, my Grandfather was terminally ill. Aware that actions would be required after his death, some of the family members made inquiries to local funeral homes in order to get an idea of the services offered and the proposed prices. And so, my uncle (the son of the deceased) and his wife called the [name of funeral home deleted by request of the family]. While discussing the possible prices and services, the funeral home collected the name of my grandfather, his date of birth and the hospital at which he was expected to pass away.

At that point, my uncle did not make any commitment with the funeral home. He had called in order to gather information for my aunt (the oldest daughter).

In the meantime, me and my wife had contacted  [a cremation services company] and gathered information from there as well.

Finally, my grandfather passed away late in the evening. He was 86. The family gathered around him, mourned together, and then went back home.

The following morning, we shared a breakfast and, as a family, agreed to go along with [the cremation service company] in order to take care of my grandfather’s remains.

However, what we did not know, is that while we were having breakfast, at 10:45 a.m., [the funeral home] sent a subcontractor to pick up our grandfather and to bring his remains into one of their transition centres….What apparently happened is that when my uncle called, a small data form was filled in with the little information they were provided and they kept the information to ease the process, should my uncle confirm that the family was indeed going to use their services.

However, this form made its way to a secretary with little experience and got confirmation from the hospital that my grandfather had indeed passed away and that he was ready for pick up at the hospital morgue. She then called a sub-contractor group that are typically used to help in urgent situations and asked them to pick my grandfather up, which they did.

We were outraged and surprised. The lady from [the cremation company] then followed up with the situation until we could finally pick up my grandfather’s remains at [the funeral home’s] downtown center and confide him to the care of our intended funeral home.

We then met with the funeral director responsible for the  funeral home and he explained how the error had occurred. This meeting lasted about an hour…and has been recorded.

My family did request that I take this case further, and I will contact lawyers…in order to follow up with what has happened.

Many SCI funeral homes operate under the name Dignity Memorial. The company  is buying up many of the family-owned funeral homes in Canada, resulting in some B.C.  towns where consumers may think that the funeral homes have different owners, but in reality they all are owned by SCI.

This map is from a website operated by Service Corp. International (Canada) ULC, which states: The Dignity Memorial® network of more than 1,800 licensed providers is North America’s largest and most trusted brand for your funeral, cremation or cemetery needs. Whether your need is now or you are making end-of-life final arrangements in advance, you can count on your Dignity Memorial provider for professionalism, quality and service excellence.

This entry was posted in Complaints about funeral homes and tagged Another family's ordeal involving funeral home taking a body without permission, Service Corp. International, Texas-based SCI. Bookmark the permalink.